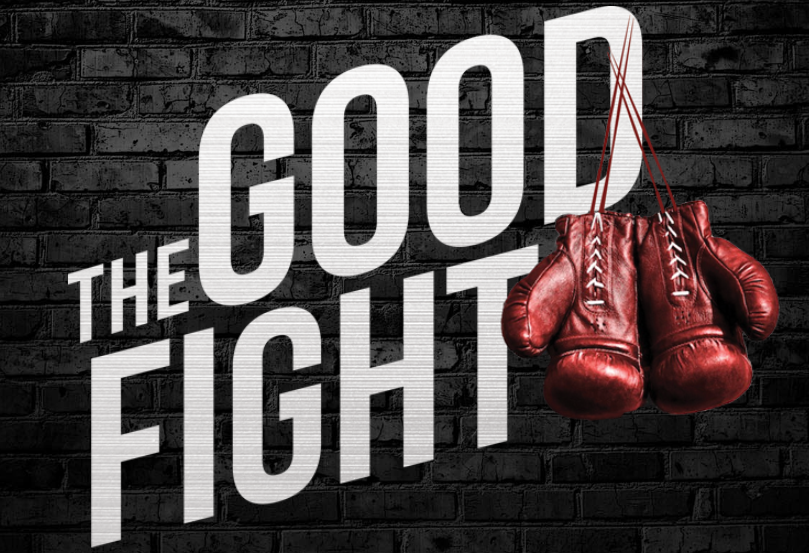 No one here today is exempt from the battles of life. Everyone is given the same advantage. The same favor. The same ability to overcome. WE all face battles in life. Some come out victorious and others are overcome by the challenges of life. I hope today sheds some light on how to fight well!

Rom. 8.35 (NKJV) Who shall separate us from the love of Christ? Shall tribulation, or distress, or persecution, or famine, or nakedness, or peril, or sword?
Rom. 8.36 (NKJV) As it is written: “For Your sake we are killed all day long; We are accounted as sheep for the slaughter.”
Rom. 8.37 (NKJV) Yet in all these things we are more than conquerors through Him who loved us.
Rom. 8.38 (NKJV) For I am persuaded that neither death nor life, nor angels nor principalities nor powers, nor things present nor things to come,
Rom. 8.39 (NKJV) nor height nor depth, nor any other created thing, shall be able to separate us from the love of God which is in Christ Jesus our Lord.

Some time ago there was a story on ESPN of the life of Mike Tyson and specifically the events leading up to His fight with Buster Douglas. Mike Tyson was at the top of his game leading up to this fight. And Yet He lost. It was devastating to him and the entire sports world and his future career. But I am certainly not here to talk about Mike Tyson, but I am interested in why he lost.

2 quick reasons that we can relate to –
1. He didn’t train properly.
2. He underestimated His opponent.

This fight we are in is the real deal. It’s a daily moment by moment fight. There is an enemy and for the most part he is eating our lunch when it comes to us believing, standing and being who God called us to be.

When we are living by Faith it produces something of great value…
A true Joy that is not dictated by our circumstances
a Peace that is not moved by the winds and the waves of life.
Rest over fear, anxiety & worry once and forever.

My faith is a grounded/anchored by God Love for me. It always translates into REST of my soul. A life of no fear.

Eph. 3.17 (NKJV) that Christ may dwell in your hearts through faith; that you, being rooted and grounded in love,
Eph. 3.18 (NKJV) may be able to comprehend with all the saints what is the width and length and depth and height—

1John 4.16 (NKJV) And we have known and believed the love that God has for us. God is love, and he who abides in love abides in God, and God in him.
1John 4.17 (NKJV) Love has been perfected among us in this: that we may have boldness in the day of judgment; because as He is, so are we in this world.
1John 4.18 (NKJV) There is no fear in love; but perfect love casts out fear, because fear involves torment. But he who fears has not been made perfect in love.
1John 4.19 (NKJV) We love Him because He first loved us.

I trust God because of who He is and knowing Him personally.

Faith is responding to what God has said to us and to what Jesus did for us.

Its a response that arises out of our relationship with God, when God’s heart and His will for a situation is known;

1Tim. 6:12 (NKJV) Fight The Good Fight Of Faith, Lay Hold On Eternal Life, To Which You Were Also Called And Have Confessed The Good Confession In The Presence Of Many Witnesses.

The fight is over truth. Identity.

*You are not fighting God to get something from Him.

*You are not even fighting the enemy to stop him. Yes there is an enemy and yes he is attacking.

*You are not fighting against another.

1Pet. 5.8 (NKJV) Be sober, be vigilant; because your adversary the devil walks about like a roaring lion, seeking whom he may devour.

God by His Spirit works on your heart. But Satan attacks your mind.

1th. 2:18 (Nkjv) Therefore We Wanted To Come To You—Even I, Paul, Time And Again—But Satan Hindered Us.

Satan/Devil Means A False Accuser, Slanderer (Picture Of Casting Or Throwing A Ball Against A Wall Over And Over And Over)

2cor. 2:11 (Nkjv) Lest Satan Should Take Advantage Of Us; For We Are Not Ignorant Of His Devices.

Devices… Refers To An Orderly, Logical, Effective Arrangement, Usually In Steps Followed To Achieve An End. A Deliberate Planning Or System With A Goal…

Satan Specializes In The Mind…

He “Infiltrates” The Minds Of God’s People, IF They Allow Him To…

So, How Does The Enemy Infiltrate The Mind?

One Very Effective Way… The Power Of A Suggestion…

Satan Knows Exactly What Thoughts, Or Suggestions, To Send In Order To Keep The Believer’s Mind From Spiritual Things…

STAND SECURE IN HIS LOVE.

STAND IN YOUR IDENTITY.

STAND ON THE PROMISES OF GOD.